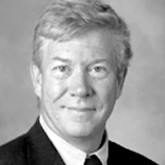 Dr. Neal is an engineer and scientist working in advanced sensing and metrology of the human eye and other complex optical systems. He is a serial entrepreneur, and Research Fellow at Johnson & Johnson Vision. After completing his doctorate degree at Stanford University in Aerospace Engineering and Applied Physics, Dr. Neal worked for 13 years at Sandia Nation Laboratories as the lead optical scientist in the Lasers, Optic and Remote Sensing department. During that time, he developed a number of lasers and sensors and was one of the early innovators of micro-optics technology. He realized that one of these applications – the wavefront sensor – had the potential for a number of government and commercial applications (Wavefront sensors are devices used to measure the quality of optical systems). In 1996, he and his business partner, Tim Turner, founded WaveFront Sciences, Inc..

At WaveFront Sciences, Dr. Neal led the research and development of new products and directed corporate technical development. He created several unique wavefront sensors to be used in specific applications, as well as general-purpose wavefront measuring devices. He was also the principal developer of the Complete Ophthalmic Analysis System (COAS). In addition, Dr. Neal has discovered a wide variety of applications for wavefront sensors, including measurement of aero-optic phenomena, large telescope mirrors, silicon wafer metrology, the human eye, intra-ocular and contact lenses.

Since the acquisition of WaveFront by Advanced Medical Optics in 2007, Dr. Neal has led a technical team to develop a new combined aberrometer and topographer (iDesign). He continues to conduct scientific research, publishing clinical research in accommodation and instrument design while participating in various standards and conference organizations. Currently, he has more than 100 publications and holds 40 patents. 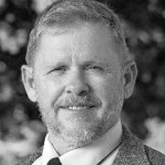 Ron holds a Bachelor of Science Degree from the University of New Mexico with a background in Experimental Psychology and Computer Science. He has 38 years of experience developing software for the Defense, Aerospace, Laser and Optics metrology, and Medical industries, and 20+ years experience in the ophthalmic industry alone. He is an expert in SW, design control and project management and was the first employee and lead developer for Wavefront Sciences Inc prior to its acquisition by AMO. 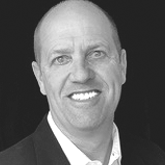 Jeff Kolberg brings more than 20 years of medical device business experience with more than a decade of developing and commercializing ophthalmology products, including wavefront diagnostic devices, on a global basis. Before joining WaveDyn, Jeff spent ten years working for Johnson & Johnson Vision and Abbott Medical Optics. Most recently, at Johnson & Johnson Vision, he was responsible for global marketing and commercialization of a portfolio of premium intraocular lenses. At Abbott Medical Optics, he led global commercialization for the iDesign System and was a recipient of a divisional President’s award for his achievements. Previously, he had worked for Abbott’s Vascular and Diagnostics divisions in both global and U.S. commercial roles with escalating responsibility. He has a bachelor’s degree in biological science and earned a Master of Business Administration (MBA) with an emphasis in healthcare from the University of California, Irvine.